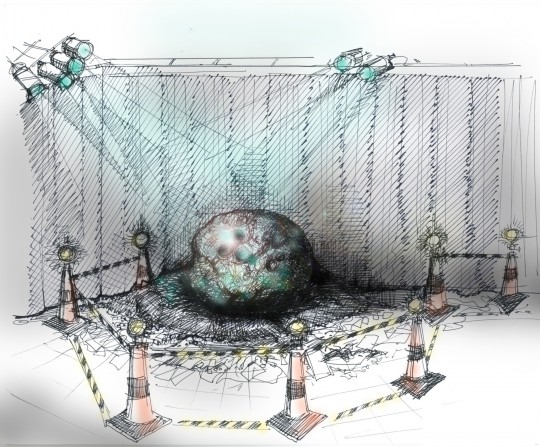 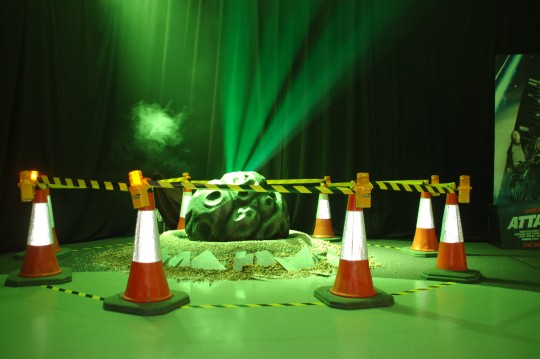 We were asked by one of our clients to construct a display/backdrop for this years Belfast QFT film festival launch! The film being screened was Attack the Block, an action adventure movie that pits a teen gang against an invasion of savage alien monsters! The meteor was re-created from a scene in the film to be used as a prop/display area to help celebrate the launch held at the QFT it was a great project to be a part of!