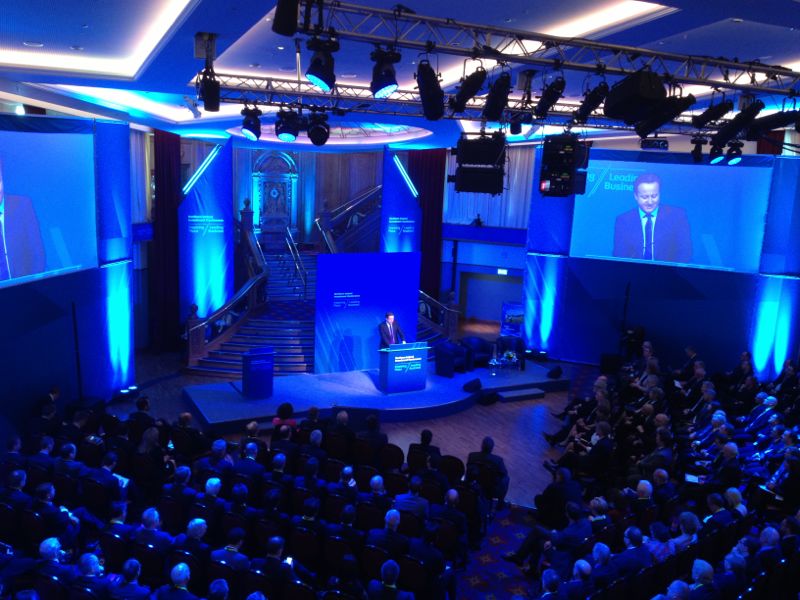 Last week we had a through the night build in preparation for a huge event organised by Invest NI and event managed by our lovely client the Event-ful consultancy!

It is not every day you have to build a set appropriate for David Cameron and our first and deputy first ministers.

Last week saw an investment conference held in the Titanic building that is set to bring hundreds, if not thousands, of jobs to Northern Ireland, First Minister Peter Robinson has said. The conference was attended by 150 potential and existing investors.

What a success it was. Prime Minister David Cameron said Northern Ireland was second only to London in the UK as the top destination for inward investment.

The conference is the first event of its kind in Northern Ireland, since the global downturn began in 2008, as a small, local business it has been a pleasure to be involved in the event in the capacity of set builders for the main stage and set backdrop in the Titanic building, Belfast.